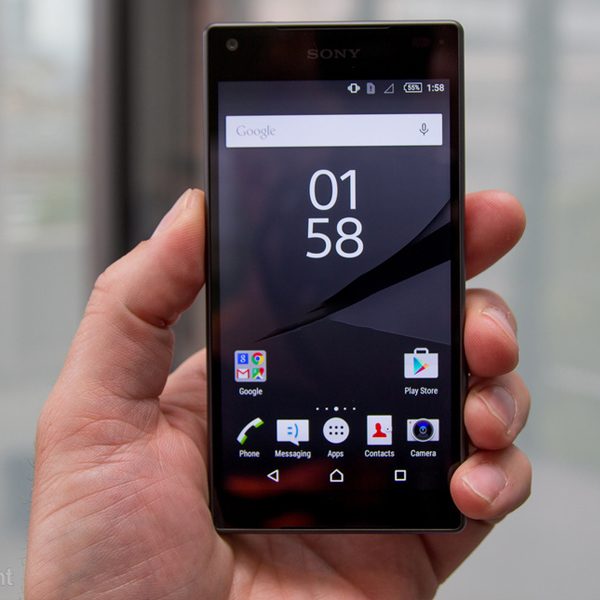 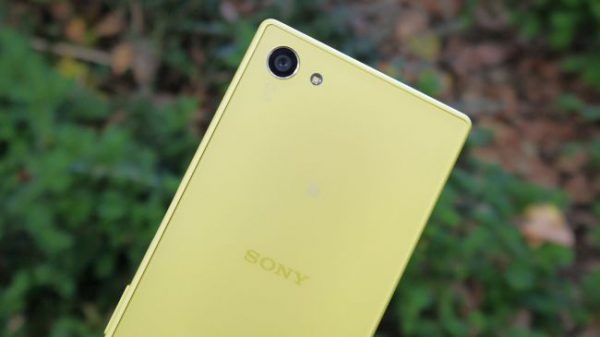 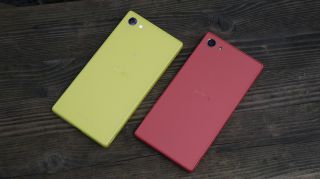 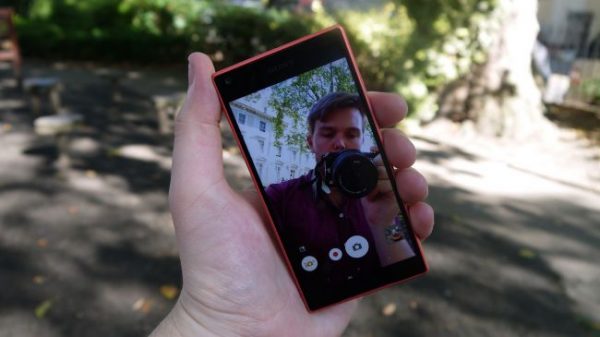 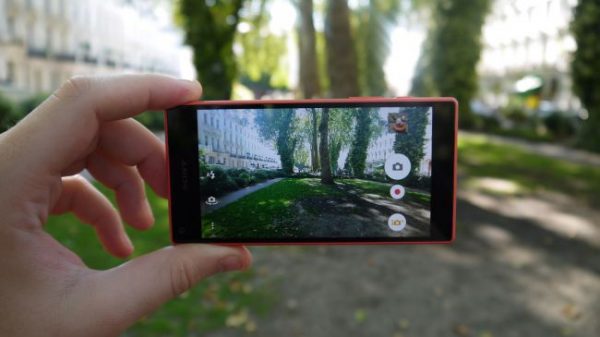 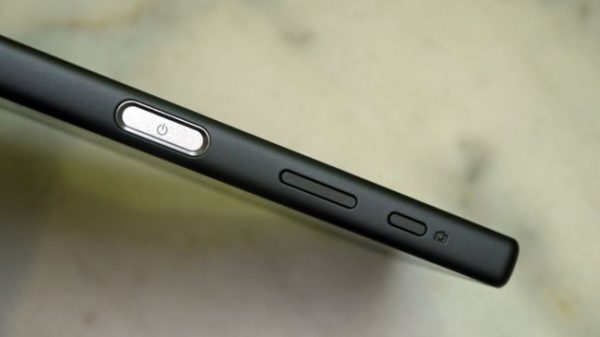 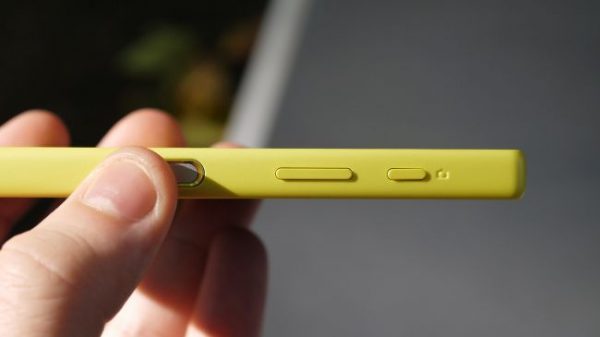 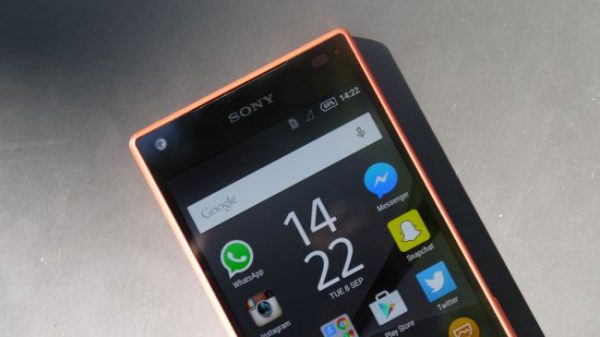 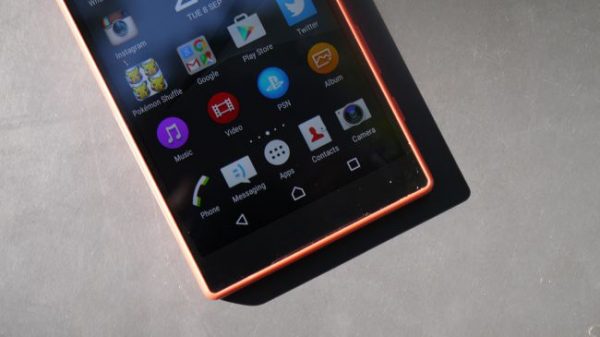 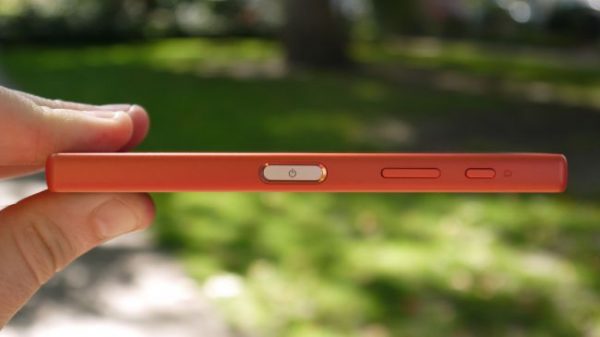 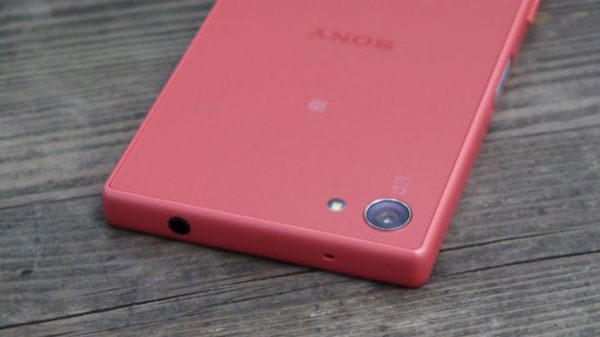 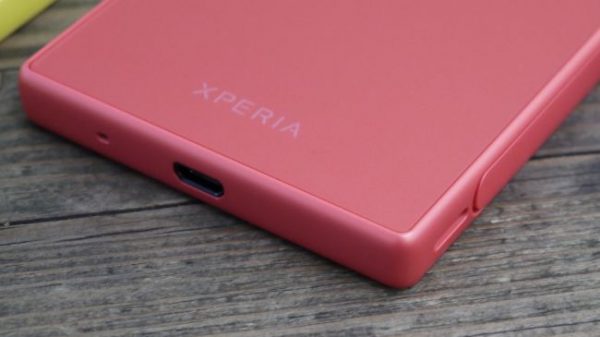 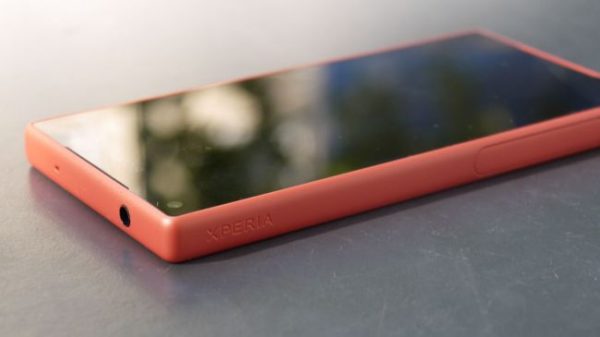 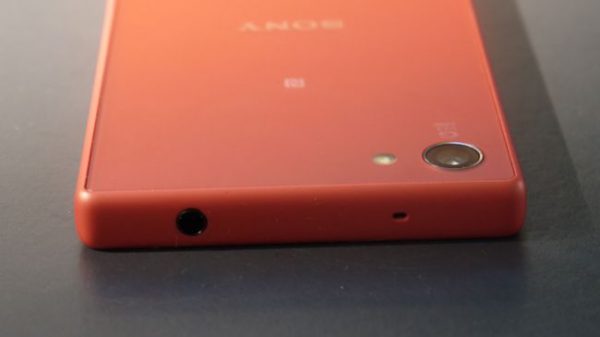 The Xperia Z5 Compact follows closely the excellent design established by the Xperia Z5. It isn’t drastically smaller than the Z5 – the Compact is 127 x 65 x 8.9mm, compared to 146 x 72 x 7.3mm. But it’s enough to make a difference.

The Xperia Z5 Compact has lost a lot of the bezel space that felt so redundant on the Z5, and feels a lot more concise than its bigger sibling.

You might have noticed that the Z5 Compact is actually bigger than the Z5 in one dimension: it’s a little thicker.

That’s to fit in all those high-end specs and a bigger battery than the larger phone. I barely noticed the difference in thickness until I put them next to each other, and even then it wasn’t all that shocking.

The Sony Xperia Z5 Compact weighs in at 138g, 16g lighter than the Z5. Build wise, it’s a similar size and weight to the iPhone 6S.

The back panel is much nicer on this new version of the Compact model. Instead of the clear glass back from previous handsets, it’s now a frosted glass that feels good against the palm and looks stylish.

Colour options are white, black, yellow or coral – I was able to use all versions but the white for this review. The black version feels the most stylish, while the yellow and coral are particularly bright. They wouldn’t be my choice of phone, but for those who liked the colour-pop aesthetic of the iPhone 5C, they’re perfect.

The corners have been rounded off even further on the Xperia Z5 Compact than on the Z3 Compact, making it a much more comfortable fit in the hand.

The anti-break bumpers of the Xperia Z5 aren’t included here, so the Compact is more likely to shatter if it falls on one of the four corners. It’s unclear why Sony made this decision – they would have been easy to implement, and would make a big difference to the durability of the phone.

At the top of the left hand edge of the phone, there’s the indented Xperia logo, which actually looks good this time around. On the bottom of that edge is the only flap on the handset, covering the microSD and nanoSIM slot.

It’s easier to open this up than it has been on previous Xperia phones, and as you’ll only need to on the rare occasions that you’re swapping a SIM or microSD.

In the centre of the bottom edge sits the micro USB port for charging and data transfer. It’s a shame that Sony hasn’t moved on to USB-C to minimise fumbling when plugging in, but at least the inconvenience of the flap has been removed.

And Sony isn’t behind the pack on USB standards, even if it would have been nice for it to get ahead. In a few years, smartphones will have moved on and USB-C will become the norm, but for now most still use micro USB.

The 3.5mm headphone jack sits at the top of the phone on the left hand side, which is the best place for it as it means the phone can sit in your pocket while you use a wired headset

At the bottom of the right hand edge is the camera button, in the perfect position for taking landscape shots. Just above that is the volume rocker, which has been moved since the Xperia Z3 Compact. This relocation is less successful, and some fumbling is required to reach down to it.

It would have been to put the volume rocker just above the power button on the same side, but at least it’s not as bad as it is on the Xperia Z5. On the larger phone it’s really hard to reach and the handset flips out of the hand easily.

The power button itself sits flush with the design. This is metal with the on/off symbol engraved on it. It looks good, but the exciting part is that this now features the fingerprint scanner – a new addition to the Xperia Z series, except in the hobbled US variant.

Full HD 1,080p has become the standard now, with some phones even stretching over into the 2K and 4K spectrum, so it’s a bit of a shame Sony has been so conservative with the display here.

Out of the big manufacturer recent releases, the only flagship device still stuck on a 720p display is the Moto G, which costs about a third of the price of the Xperia Z5 Compact.

Calling the Xperia Z5 Compact a premium phone in 2015 without upping the screen to Full HD or more is a big claim. It doesn’t look awful though: it’s just fine, and fine isn’t enough.

Not be able to watch the average YouTube video at its intended resolution is a disappointment, especially when you’ve spent this much money. And while it’s not a disaster, it does make me think twice before recommending this phone.

Sony’s own screen tech makes sure it’s bright, but there are times when you can pick out the pixels in a way you can’t on the Xperia Z5.

Viewing angles on the phone have improved though – I can look at the phone from odd angles and still see the picture a lot clearer than I could on the Xperia Z3 Compact.

The screen is the optimum size for the handset. A lot of the available front is being used for the 4.6-inches of screen, and you have to respect Sony for the elegance and efficiency here.

Fingerprint sensors have come to the Xperia series for the very first time. On the Xperia Z5 Compact it’s sat on the right hand edge of the phone inside the power button and sits flush to the side of the phone.

It’s about time Sony went for a more secure way to unlock your phone. With the launch of Android Pay coming soon, it’s no surprise Sony has pushed it through for this iteration of the Compact. We just wish it was also a part of the US Sony Xperia Z5 model.

Considering this is the first attempt from the company at making a fingerprint sensor, it’s surprisingly good. After I’d registered five fingers, I didn’t encounter any problems with how quickly it unlocked.

I didn’t register all my digits to start with though. I found it easy to fill the three fail attempts and put the phone into lock down after just getting the phone out and accidentally holding the button with the wrong finger.

The position also makes it a pain to unlock when the phone is lying down on a table. But it is quick once you get in: without any booting or loading animations, it means you’re into the phone in record time and it’s more efficient than entering a PIN or passcode.

Sony phones have a major USP that the company seems to have forgotten about: they’re durable. The Xperia Z5 Compact is water and dust proof meaning, you can wash off your phone whenever it gets dirty.

There’s no reason to worry about rain, dropping it in the sink or, as I found out, surprise foam parties. Being able to take your phone to the beach and not having to worry about sand getting stuck in it is particularly useful.

And this time the feature hasn’t come at the expense of the design. The Xperia Z5 Compact only has one flap, and the rest of the ports are water-resistant.

The Xperia Z5 Compact also supports PS4 Remote Play, which means that PlayStation 4 owners can play games on their phone as long as they’re on the right Wi-Fi network. (Eventually, this feature will be extended to 4G so you’ll be able to play your PS4 games when on a train or on holiday.)

The problem here is the size of the screen. On the Xperia Z4 Tablet with a 2K 10.1-inch display, PS4 Remote Play looks beautiful; trying to play Rocket League on a 4.6-inch 720p screen is just impossible. I had a controller connected up so I wasn’t blocking the screen with my fingers on the virtual controls, but it was still very difficult to keep control of the action.

I also tried out The Witcher 3: Wild Hunt on the Xperia Z5 Compact, and if anything that was even worse. As soon as I got into a fight, the menu made it impossible to see what I was doing, and I had to give up pretty quickly.

Sony phones have a bad reputation for photography, but this time Sony has upgraded the cameras across the entire Xperia Z range.

At 23MP, the Xperia Z Compact has one of the highest pixel counts on the market next to the Moto X Style. It also gets a new autofocus feature and stronger zoom, plus all the other features we’ve seen on previous Xperia cameras.

And it’s paid off, although the Xperia Z5 Compact is an improvement for Sony rather than a market-leading photography device: during testing, some of the low-light shots I took in the British Museum would definitely have come out better with another handset.

If you still have issues with the camera, you can make manual adjustments, although that’s as likely to make your pictures overexposed as it is to improve them.

Autofocus on the Xperia Z5 Compact is the big selling point of the camera. According to Sony it reacts within 0.03 seconds, meaning it’ll come out with the shot you wanted anyway even if you’re having an attack of shaky hands.

It worked well with still subjects: I could whip my phone out of my pocket, boot up the camera app and start taking the picture while still moving.

It’s a great new development, but it doesn’t work as well when the subject is moving. Take this photo of the London Underground: I’d estimate that the train was moving at about 10mph, but the Xperia Z5 Compact didn’t manage to get the quick shutter shot I was hoping for – although this is still the kind of feature you’d look for in a proper camera rather than the average cameraphone.

The camera app itself didn’t prove particularly fast either. Jumping into the features section took a while to boot up, and that’s not ideal when the difference between catching or missing the perfect shot is a split second. 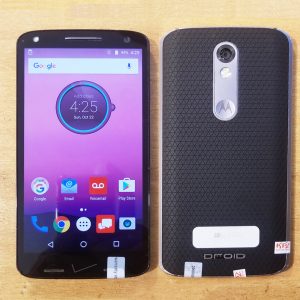 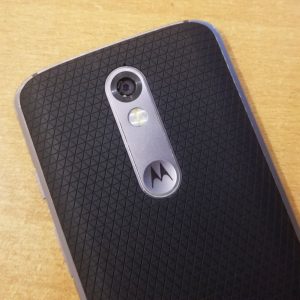 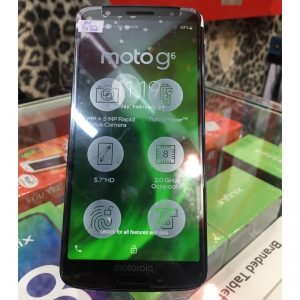 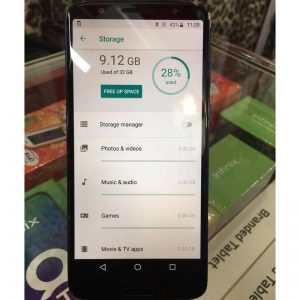 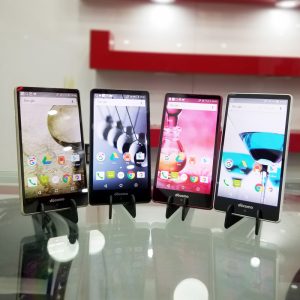 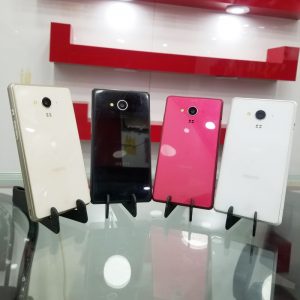 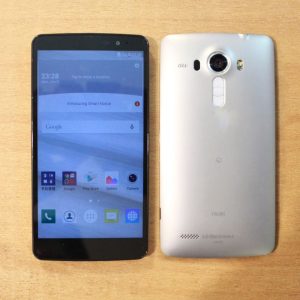 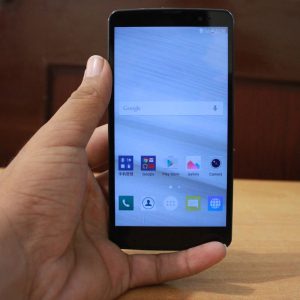